Critics believe there is still a place for the annuities market, despite a decline in popularity of the product as a result of pension reforms. 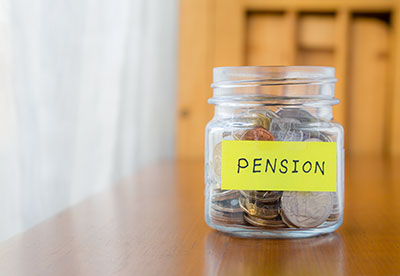 Pádraig Floyd, freelance financial journalist at Money Journey Media, said: "When it comes to annuities I am tired of hearing that they are rubbish, because they are not, frankly."

Speaking at a seminar in London organised by Westminster Employment Forum, Floyd argued no other insurance product would provide better value than an annuity.

"Name me an insurance policy that pays out on day one," he said. "We don't like the idea of having to pay upfront for an annuity, but that could be one of the best decisions we've ever made in our lives."

Speaking at the same event, Vanessa Owen, head of retirement solutions products at LV=, said the product was "still relevant".

Based on discussions with her customers, Owen said: "It's quite evident, in recent weeks, that people are actually coming back to the annuities market."

She said one of the biggest concerns in the run up to pension freedoms would be people with guaranteed annuity rates withdrawing their savings. However Owen saw "very rational decisions" as people with larger pension pots were getting annuities and those with smaller pots taking cash.

Tim Sharp, pensions and investments policy officer at the Trades Union Congress, said any retirement income would be "entirely appropriate". However he had concerns about solutions with pension freedoms by the government and providers.

Sharp said the government solution with the reforms was "very simplistic", assuming that the annuities were "irredeemably of poor value", and the market would automatically provide the best solutions for all.

"What the government didn't do was to set out any vision of their own on behalf of a wider society of what retirement should look like."

Sharp added that the market did not work very well by leaving "big gaps" between consumers and providers. He believed the products in the market were "complex" and other issues needed to be considered, such as underestimating inflation, longevity and over-spending.

The comments come after the Association of British Insurers announced an increase in annuity sales in the third quarter of 2015.

This article appeared in our November 2015 issue of The Actuary.
Click here to view this issue
Filed in:
11
Topics:
Pensions