UK pensioners who take advantage of pension freedoms may run out of money within 10 years of their retirement if they adopt certain US or Australian spending behaviours. 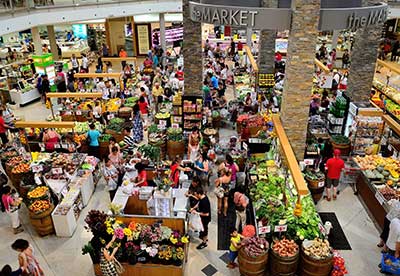 The report, Golden Years? What freedom and choice will mean for UK pensioners, published by think tank Social Market Foundation (SMF) found some "quick-spending" Australians used their pension funds at a rate of 11.6% a year, with four in 10 running out by age 75.

It also found that UK retirees would exhaust their pensions by 17 years if they were to behave like their US counterparts. On average, "typical Americans" consume pension savings at a rate of 8% per year.

SMF said if UK pensioners preserved their capital like "cautious Australians" who withdraw less than 1% a year, they would face a "very low risk" of running out of money, but this would mean lower living standards throughout retirement.

Nigel Keobane, research director at SMF, said: "Pension freedom may be new to the UK but such approaches have been well tried and tested elsewhere."

SMF urged the government to create a two-tier "early warning system" to understand pensioners' spending patterns and identify long-term risks to both consumers and taxpayers.

The system consists of two parts: a "retirement risk dashboard" to help the government monitor retirement decisions and provide a view on long-term outcomes for consumers and the state; and "personal pension alerts" to identify and help individuals at risk of "detrimental outcomes".

Keobane said: "If we really want to know how pension freedom is progressing and avoid such detrimental consequences we need to introduce an early warning system to monitor retirement decisions, understand the long-term implications and ensure consumers receive the right support."

This article appeared in our November 2015 issue of The Actuary.
Click here to view this issue
Filed in
11
Topics
Global