Figures released by the Association of British Insurers (ABI) today showed that of the £4.7bn payout, £2.5 was taken out as cash lump sum in 166,700 payments, with the average amount taken just under £15,000. 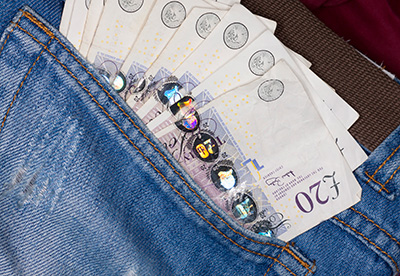 The association said overall people were taking a "common sense approach" when making decisions for their retirement. Smaller pots were taken out as cash while larger pots were being used as retirement income such as drawdown or annuities.

Yvonne Braun, director for long terms saving policy at the ABI, said: "The peaceful pension revolution continues. While providers continue to meet high levels of demand, it's clear that people are taking a sensible approach and considering how they will pay for their retirement."

However, Stephen Lowe, director of external affairs at Just Retirement, said the amount being withdrawn was "worryingly high".

He said: "For every £1 of pension money accessed, only 52p is staying within a tax-efficient pensions environment for future use while more than 48p is going into people's pockets.

"Of course we don't know whether people taking the money are saving it, spending it or using it to clear debts. But it looks worryingly high and we hope to see it fall once the excitement of the new rules falls off."

Braun said: "Despite some ringing the death knell for annuities, this seems to have been premature. An increasing number of people are recognising the value of a guaranteed income, with annuity sales rising this quarter."