Mexico is not having enough insurance coverage against natural catastrophes, according to Lloyd's. 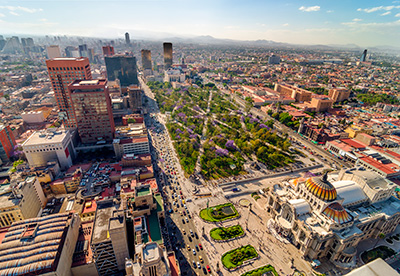 Speaking at an event in Mexico City organised by Lloyd's, chairman John Nelson said underinsurance in Mexico could have implications for the country's economic development and sustainability.

Based on a report about insurance coverage around the world, the country was ranked 31st out of 42 in terms of insurance penetration. Based on premiums as a percentage of GDP, penetration in Mexico stood at 1.1%.

However, Nelson said international reinsurers could help safeguard the economy and reduce the financial impact in the event of disasters and share knowledge from operating across global markets, to "help build greater resilience to these threats".

He said: "Reinsurance, particularly when diversified outside country - in other words, placed outside Mexico - de-risks governments, business and communities. It takes the financial burden of recovery off the taxpayer and boosts economic growth."

Nelson said insurance could result in improved resilience to disasters adding that insurers can learn from their experience of dealing with natural disasters.
He said: "By working together with other key stakeholder partners - including local and national government, the emergency services, engineers and the construction industry, as well as with volunteer agencies and charities that support both victims and responders - insurers can help to raise building standards and improve resilience to natural catastrophes."

Lloyd's said a 1% rise in insurance penetration could reduce 13% of uninsured losses and this would result in a 22% reduction in taxpayers' contribution following a disaster.

The London insurance market also added insurance could improve the sustainability of an economy and lead to greater rates of growth, with 1% rise in penetration leading to increased investment, equivalent to 2% of national GDP.