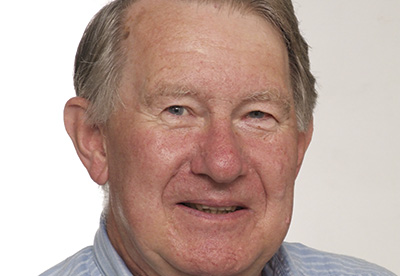 Thirty years ago, the Institute of Actuaries held its first Life Convention, or Life Conference as it is known today, at the Albany Hotel in Birmingham. The idea arose on one of the many train journeys that David Purchase and I made between Bristol and London to attend meetings of the Institute Council. Having moved from London some 10 years earlier, I felt that many members found it difficult to attend London meetings or contribute to discussions on matters of the day.

We had seen the small number of general insurance actuaries holding regular get-togethers outside London and noted that north American actuaries moved around their continent to meet, so we suggested holding a Life Convention.

The idea was put to the Sessional Meetings Committee, of which we were both members. The chairman, Edward Johnston (later Sir Edward Johnston), asked us to develop our ideas further. These were accepted and a recommendation was made to Council, who gave us the go-ahead.

An organisation committee was set up, chaired by Johnston and helped by Margaret Gerry of the Institute staff. We chose Birmingham as it had good transport connections and the Albany Hotel had good room facilities. It was soon clear that we would have no problem in asking delegates and authors to write papers for the convention.

We had 335 actuary delegates and five non-members. We held two plenaries, the first being the opening speech by the then president, Peter Moore, and the second being a paper entitled 'Reasonable Expectations' by Stewart Lyon and Richard Wales. There were 23 workshops involving 41 speakers, and this was almost certainly the first time that the institute had run concurrent meetings. For comparison, we expect around three times this number of delegates in Dublin with five plenaries and 70 workshops involving more than 150 speakers.

The convention was an undoubted success. One particular workshop will always stand out in my mind. It was the contribution by Charles Cannon of the Government Actuary's Department on their interpretation of the valuation requirements as regards the mismatching reserve. This attracted considerable criticism.

The report in the Journal of the Institute of Actuaries as well as the proceedings illustrate the shape of the profession 30 years ago. With diversity being of major interest to the profession at present, it is noticeable that there were no female actuaries presenting a paper, chairing a meeting or acting as a rapporteur, and all bar one of the speakers was a white male. In addition, no-one thought of sponsorship or an exhibition, which would have been regarded as wholly unprofessional, as would mentioning an employer by name.

Over the years, I have benefited professionally by attending many of the Life Conventions, now known as the Life Conference, and look forward to attending again this year.

This article appeared in our November 2015 issue of The Actuary.
Click here to view this issue
Filed in:
11
Share