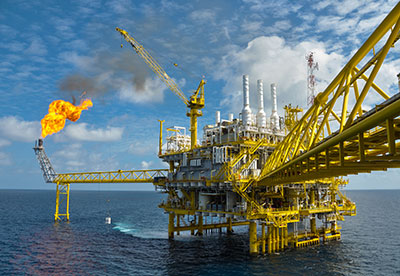 The report Lost in transition: How the energy sector is missing potential demand destruction said assumptions used by big energy firms when calculating fossil use were "skewed to the upside" and were based on high demand predictions about global population and economic growth.

Carbon Tracker added the sector failed to consider other scenarios that could reduce demand for fossil fuel. For instance, factors such as rapid advances in technology, increasingly cheap renewable energy, slower economic growth, lower than expected population rise and international climate change commitment could all reduce the use of fossil energy.

Carbon Tracker said typical industry scenarios showed coal, oil and gas use growing by 30% to 50% and still providing 75% of energy demand by 2040.

The think tank said: "These scenarios do not reflect the huge potential for reducing fossil fuel demand in accordance with decarbonisation pathways."

The report said using climatic and socioeconomic modeling, world population could reach 8.3 billion instead of nine billion as cited by the United Nations.

Gross Domestic Product (GDP) growth could also be lower than expected in major markets. For example, the Organisation for Economic Co-operation and Development saw global GDP growth at 3.1% in 2040 rather than the 3.4% assumed by the International Energy Agency, a "key industry reference point".

Carbon Tracker's senior analyst and co-author Luke Sussams said: "The incumbents are taking the easy way out by exclusively looking at incremental changes to the energy mix which they can adapt to slowly.

"The real threat lies in the potential for low-carbon technologies to combine and transform society's relationship with energy. This is currently being overlooked by big oil, coal and gas."