Finance professionals 'in the dark' about their pensions

More than half (57%) of UK finance professionals with a private pension have no or only a rough idea what their pension is costing them in fees. 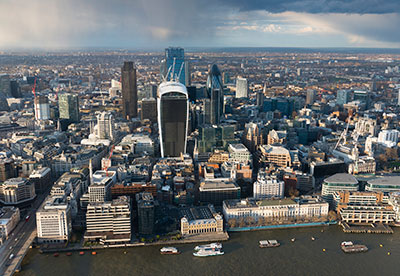 Research by investment and pension provider Nutmeg found while 13% had no idea, and 44% had a rough idea, just 43% knew how much they were being charged by pension providers.

Nick Hungerford, CEO and founder of Nutmeg, said: "People tell us pensions are complicated. They don't have to be. Pensions can be simple. But they are made to look complicated by companies who wish to justify their high fees."

Based on 502 interviews with decision makers in the finance sector, the firm said 12% of respondents did not know the value of their pension pots, and 47% knew "roughly" what their pensions should be worth upon retirement.

Hungerford said: "It's simply disturbing that even those who are professionals in financial services have no idea what they are being charged or how much their pension will be in retirement.

"This can only mean one of two things: either they get paid so much money they don't care, or they are conceding that the level of intelligence and time required to understand is so high they simply don't bother to try."

Hungerford said the research also gave a "clear and shameful sign" that older savers were "kept in the dark" about the cost of investing for retirement.

Some 17% of finance professionals over 40 knew exactly what they were paying in fees, compared with 64% of those aged between 18 and 29.

He added: "Older savers are paying more attention to new, transparent options, but this research is a worrying sign they aren't moving fast enough, and are still being ripped off by old-fashioned providers."

The firm also said women were likely to pay closer attention to their pensions than men. Almost half (47%) of women in finance knew exactly what their pensions pots should be worth at retirement, compared with 38% of men.

In addition, 46% of female respondents and 32% of males knew exactly where their pensions were invested. Nearly half (47%) of women knew the fees of their pension, compared with 40% of men.