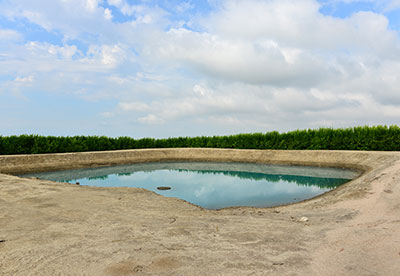 These included increased water scarcity and regulatory risk such as higher water prices.

Based on data from 405 firms who responded to CDP, a total of 2,413 individual risks were reported in direct operations and 788 in supply chains, with almost half (44%) falling within the next three years.

CDP, which conducted the research on behalf of a group of investors, said overall more than half (53%) of companies were failing to conduct a comprehensive risk assessment.

The organisation said such an assessment was a "basic first step" for any company seeking to ensure business resilience against water issues such as scarcity, accessibility and poor water quality.

The report found the oil and gas sector was the least transparent in providing information about their water management practices, with only 22% of energy firms disclosing their strategies.

CDP described this lack of transparency as "concerning" because more than two thirds of oil and gas firms (65%) said their business was vulnerable to substantive water risks.

Moreover, the report said almost half (43%) of energy companies experienced "detrimental water-related" impacts in the past year - among the highest of the eight sectors featured in the report and "much higher" than the cross-sector average of 27%.

Cate Lamb, head of water at CDP, says: "Just as oil was to the 20th century, water is fast becoming the defining resource of the 21st century.  Unfortunately however, unlike oil, there is no replacement for water."

This article appeared in our October 2015 issue of The Actuary.
Click here to view this issue
Filed in
10
Topics
Environment