More than a quarter of million of motorists (256,045) in England and Wales were given penalty points for driving without insurance between January 2013 and June 2015, according to data collected by Churchill. 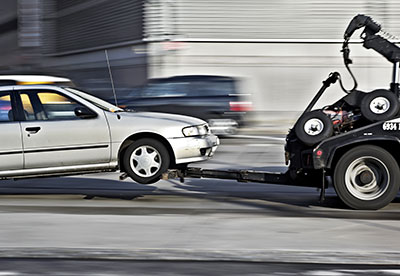 The firm said the issue was costing UK drivers millions of pounds a year and greater police resources were needed to prosecute uninsured motorists.

Churchill highlighted the cases of two motorists who are still legally able to drive despite having 26 points on their licence, attributable at least in part to driving uninsured.

Steve Barrett, head of car insurance at Churchill, commented: "Uninsured drivers are still a major issue, despite measures put in place to try and improve the situation. There needs to be greater investment in police resources to check that the motorists behind the wheel are insured to drive the vehicle."

The data, from a Freedom of Information request, revealed 47,873 drivers were convicted of the offence, also known as an IN10 endorsement, in the first six months of 2015. As of June this year, 921 motorists still held a valid licence despite having accumulated 12 or more penalty points.

Churchill said 150,117 motorists currently held an IN10 endorsement on their licence as well as points from other driving offences.

The insurer said the Motor Insurers' Bureau estimated there were one million uninsured drivers on the road, costing UK motorists around £400m per year.

Barrett said: "It's shocking that someone can have almost 30 points on their licence but still be able to drive. We need to crack down on these irresponsible drivers and put even tougher laws in place to ensure our roads remain safe."

According to a Tower Watson report, profits reported in 2013 "evaporated" in 2014 due to "the enduringly unpredictable nature of motor insurance claims" and price reductions on new comprehensive policies which "did not reflect the claims trend".

The firm said the average price of a new comprehensive policy fell by 7.9%, or £51, and falling prices were likely to have caused a £600m reduction in the value of overall UK private motor insurance premiums to £6.68bn in 2014.