The proportion of drivers in the UK who use dash cams to record their journeys has more than doubled to 9% in the past year, according to a survey. 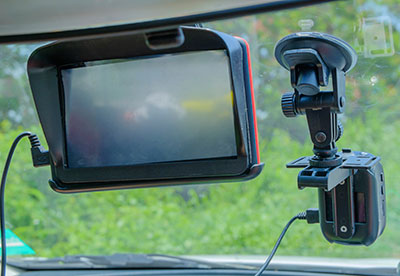 The RAC, who conducted the research, said the equipment encouraged safer driving and offered protection against fraud.

The RAC said a survey found 4% of drivers in 2014 used the technology but this rose to 9% in 2015, and if this was extrapolated to the 31.9 million UK driving licence holders, it would mean 2.9 million were now using the devices.

Based on a survey of 2,100 motorists, the RAC said a quarter (24%) of respondents believed having a dash cam installed would improve their driving. It also said more than half (52%) of motorists were currently considering buying one.

In addition, one in five had previously been in an accident with a dispute over who was at fault. Of those, 69% believed the equipment would have helped them solve their case.

According to the RAC, with Insurance Premium Tax set to rise to from 6% to 9.5% on 1 November, 63% of motorists think insurers should encourage the use of dash cams, especially if it guarantees a reduction to the cost of their policy.

The survey also found men were three times more likely to own a dash cam (13%) than women (4%).

RAC head of retail Lynn Hayzelden said: "Not only do dash cams encourage safer driving and provide excellent protection against insurance fraud, they can also now save you money on your car insurance."