The Pensions Regulator (TPR) has published details of three trustees who were deemed to have misappropriated scheme funds and exercised poor trustee governance in a suspected £13.7m scam. 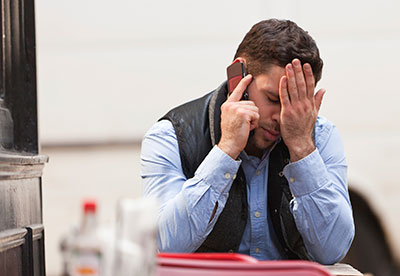 The regulator said Alan Barratt, Susan Dalton and Julian Hanson were involved in mass marketing activities such as cold calling, transferring funds to their own personal bank accounts and receiving "exorbitant fees and commission charges".

The TPR said the trio, who were in charge of 17 UK pension schemes with 242 members, acted under instruction from David Austin, who was a shadow trustee in ultimate control of the funds.

TPR said it was "reasonable to infer" that a pension scam had taken place in which funds worth £13.7m belonging to the members "have all but disappeared".

The regulator declined to comment what had happened to the four trustees but said it has appointed Dalriada as independent trustee to administer the schemes to prevent further loss and to claim back funds. So far it has recovered around £400,000.

Andrew Warwick-Thompson, executive director at TPR, said: "This complex case bears many of the hallmarks of a pension scam and should be seen as another reminder of why savers must remain vigilant against the threat of scams, which have a devastating impact on people's lives.

"Our appointment of an independent trustee has helped secure approximately £400,000 from the schemes. However, for many hundreds members hard-earned savings have most likely been lost."

The regulator's announcement follows the first fining of a claims management company in August for breaching rules around nuisance calls.

The Hearing Clinic was ordered to pay £220,000 by the Claims Management Regulator, a department of the Ministry of Justice (MoJ), after "bombarding people with millions of nuisance calls".

The MoJ said 296 claims firms received warnings from the regulator between 2014 and 2015 and 105 had their licences removed.