UK adults risk a criminal conviction for lending their car to someone who isnt on their insurance policy, according to Churchill Car Insurance. 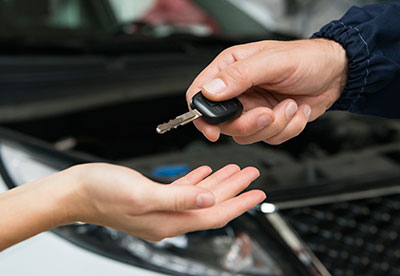 A survey of 2,004 UK adults found 210 of respondents had allowed another person not listed on their policy to drive their vehicle in the past 12 months.

Of those, 13% "did not even bother to check" if the driver was legally covered to drive the vehicle.

Churchill said those who lend a vehicle to people without a valid insurance policy could be convicted of an "IN12" offence. This is described as "aiding, abetting, counselling or procuring using a vehicle uninsured against third party risks."

It said the average number of penalty points remained static, at six points per conviction.

The most popular reasons people let someone else drive their car were "to pick up something" from a shop  (13%) such as furniture, and "just because they asked" (13%).  Another 11% said they did so because they were over the drink drive limit.

The insurer also said "worryingly" 11% allowed their friends to drive their car so they could commute to work, "which suggests that this is not a one-off issue".

Steve Barrett, head of car insurance at Churchill Insurance, said: "The scale of uninsured motoring, as a result of people loaning their car to friends and family without checking they are insured, is worryingly high.

"People risk criminal conviction and losing their licence for loaning their car for someone to just pop to the shops. We are asking for people to ensure that they make the necessary checks before letting someone else get behind the wheel of their car, to help avoid severe punishment for something so preventable."

Churchill said people could add someone with a clean licence as a temporary named driver "for a nominal fee".

This article appeared in our October 2015 issue of The Actuary.
Click here to view this issue
Filed in:
10
Topics:
General Insurance