A new scheme has been launched today by the Department for Work and Pensions (DWP) to help savers increase their state pensions by up to £25 a week in exchange for a lump sum payment. 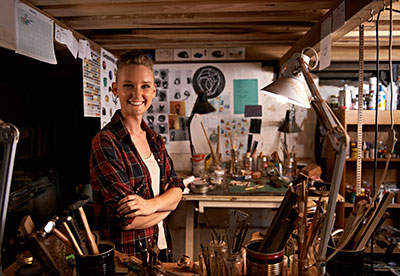 The scheme is designed to cover those reaching state pension age between now 6 April 2016, who will not be eligible for the new higher state pension that comes into force on that date.

The cost of a state pension top-up is based on a person's age and takes average life expectancy into account. For a 65-year-old, an extra £10 a week of pension will require an up front lump sum of £8,900, while for a 75-year-old the contribution rate for the same amount of pension is £6,740, said the DWP.

Since contribution rates decrease with age, the DWP said people should consider whether to wait until their next birthday to apply.

The DWP also said in most cases spouses and civil partners would be able to inherit at least 50% of the extra pension when the pensioner dies.

Pensions minister Ros Altmann said: "Top-up is an opportunity for people already retired, or reaching state pension age before April 2016, to boost their later life income. It won't be right for everybody and it's important to seek guidance or advice to check if it's the right option for you.

"But it could be particularly attractive for those who haven't had the chance to build significant amounts of state pension, particularly many women and people who have been self-employed."

Tom McPhail, head of retirement policy at Hargreaves Lansdown, said: "No private pension company can offer such an attractive deal, so if you are eligible and you want to buy yourself some inflation-linked guaranteed income for life, with death benefits for your spouse thrown in too, then this is the scheme for you."

However, McPhail described the situation as "ironic" for launching a product looking "remarkably" like an annuity while undermining the market.

"While the scheme is a good one, we find it ironic that a government which has done so much to undermine the annuity market, is now launching a scheme which looks remarkably like a nationalised annuity business," he said.

"We are also disappointed that the government hasn't done more to help individuals to access state pension data and projection tools online."