The UK has been ranked the best place in the world to die out of 80 countries, according to the Economist Intelligent Unit (EIU). 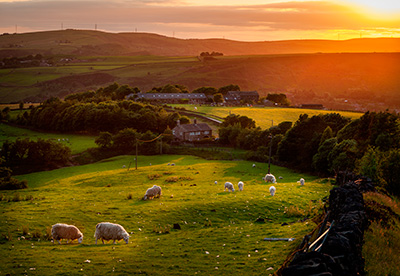 Using official data and existing research for each country and interviews with more than 120 palliative care experts around the world, the ranking is based on 20 indicators across five categories.

The index found in general income levels were a "strong indicator" of the availability and quality of palliative care, with "wealthy countries clustered at the top".

The UK was ranked first place in care environment, affordability and quality of care, second in human resources and third in community engagement.

Iraq was placed at the bottom of the overall list. The country came last in both care environment and quality of care and was ranked number 79 in human resources. However, it was placed 60th in affordability and 66th in community engagement.

Australia earned second place in the overall index, followed by New Zealand. Taiwan, currently in sixth place, was the only Asian country within the top 10.

The top 20 countries were mainly European and Asian, with the US ranked 9th and Canada 11th.

Despite the UK's top ranking, EIU said it was still not providing "adequate services to every citizen".

It said in May 2015, an investigation by the Parliamentary and Health Service Ombudsman highlighted 12 NHS cases with failings including "poor symptom control", "poor communication and planning" and "not responding to the needs of the dying".