The Financial Conduct Authority (FCA) and the Prudential Regulatory Authority (PRA) have joined forces to put in place requirements for firms to allow their employees to "blow the whistle" and raise concerns internally. 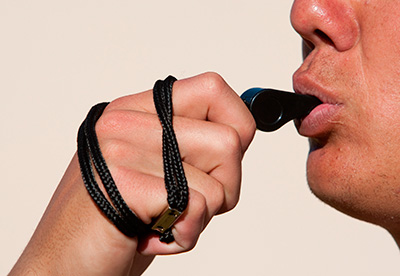 The rules come into effect in September 2016 and will apply to insurers and reinsurers under the scope of the Solvency II directive and deposit-takers such as banks, building societies and credit unions with more than £250m in assets.

Under the new rules firms will be required to appoint a senior manager as their "whistleblowers' champion" who will take responsibility for the effectiveness of these arrangements.

Firms will need to make internal arrangements to handle all types of disclosure from all employees, let workers know they have a legal right to blow the whistle, inform UK-based employees about the FCA and the PRA whistleblowing services and present a report on whistleblowing to the board at least once a year.

Tracey McDermott, acting FCA chief executive, said: "Whistleblowers play an important role in exposing poor practice in firms and they have in the past few years contributed intelligence crucial to action taken against firms and individuals.

"These rules are designed to build on and formalise examples of good practice already found in parts of the financial services industry and aim to encourage a culture in which individuals working in the industry feel comfortable raising concerns and challenge poor practice and behaviour."

In addition, the regulators published a consultation paper proposing changes to the way firms seek and provide references for candidates applying for certain roles.

The consultation will run until 7 December and comments should be sent to both regulators.