Insurers see innovation as a significant opportunity for success but most seem to struggle to innovate, according to a KPMG report. 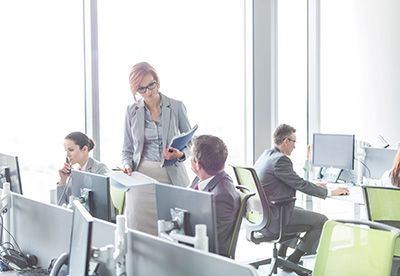 Based on a survey of 280 insurance executives across 20 countries, the report said 83% thought their organisation's future success was "closely tied" to its ability to innovate.

However, 74% said they "lacked the internal core skills needed to drive innovation".

Regulations and new customer demands and expectations were also creating challenges around innovation. More than three quarters (79%) of respondents said their organisations were running "at full tilt" just to keep up with their day-to-day requirements.

Nearly half (48%) said their firms experienced disruption from new, "more nimble" competitors such as financial technology and start-up firms, while 40 per cent said competition from existing players was their biggest challenge in the next two years.

Gary Reader, head of global insurance at KPMG International, said: "Insurers and intermediaries are increasingly finding that there is no silver bullet to create a more innovative organisation; no off-the-shelf package that drives new ideas.

"Instead, organisations will need to navigate their own path through this new world of opportunity, developing new business and operating models and new partnerships in order to out-compete and out-innovate their peers and bold new entrants."

Two thirds of respondents were already looking to other industries for inspiration and innovation models.

Mary Trussell, global insurance high growth markets and innovation lead at KPMG, said: "Striking your own path for innovation does not mean starting from scratch.

"Instead, it is about leveraging experiences and successes including the ideas of others to create new propositions and approaches to delight customers and create value. It's about learning from both traditional competitors and new disruptors. And it's about shamelessly borrowing best practices and new ideas from outside the insurance sector and its traditional allies."