North America has biggest gap between insured and 'insurable' losses

North America has the biggest gap between catastrophe losses covered by insurance firms and those eligible for coverage, according to AIR Worldwide. 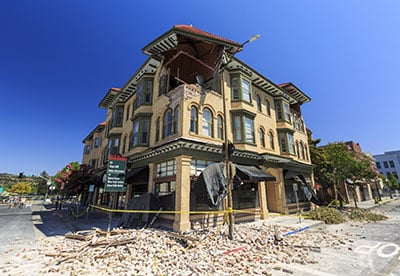 Its report, which analyses losses from disasters worldwide, found a $29.6bn gap between insured and "insurable" losses in this region.

Asia was identified as the region with the second biggest gap, with $25.9bn worth of uninsured losses eligible for coverage, followed by Europe and Latin America, with each having a $3bn gap. Oceania had the smallest gap of $100m.

He said the gap was "very pronounced" in Asia while in the US a "significant portion" of earthquake and flood risk was not insured.

The report also identified severe storm as the biggest contribution to payouts, accounting for 31% of global insured losses, followed by tropical cyclone, which contributed to 30% of insured coverage.

This article appeared in our October 2015 issue of The Actuary.
Click here to view this issue
Filed in:
10
Topics:
Environment