Responses from the pension industry and actuaries to a public consultation have shown no support for changes to the pension tax system. 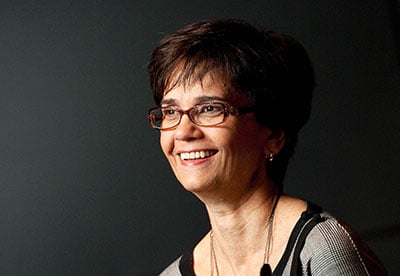 The consultation, which closes today and was announced by chancellor George Osborne in his July budget statement, proposed a single rate on pension tax relief and that pensions should be taxed like ISAs, under TEE (taxed, exempt, exempt). This means contributions are taxed upfront, but investment returns and withdrawals are tax-free.

The current pension system is under EET (exempt, exempt, taxed), meaning contributions and growth are exempt from tax, but withdrawals, other than the first 25% due to pension freedoms, are taxed.

The National Association of Pension Funds (NAPF) said the changes to the pension tax system would jeopardise both saving and tax revenues of future governments. It argued the government's desire to incentivise saving and increase tax revenue were "incompatible" objectives.

Using a modelling scenario with different proportions of contributions from different types of taxpayers both before and after retirement, the NAPF said the tax take for TEE would be 15% less than the one under EET.

It also said for both defined benefit (DB) and defined contribution (DC), a move to TEE would bring major changes to payroll for employers and increase the administrative burden for schemes.

It said member charges would rise as a result in DC schemes, while DB schemes would face "another major shake-up with inevitable closures".

Regarding a single rate of relief, NAPF said: "This produces a relatively small additional benefit for basic rate taxpayers but would greatly reduce the attractiveness of pension saving for the 4.6 million higher rate taxpayers."

Joanne Segars, chief executive at NAPF, said: "Our message to the government is clear - do not act rashly and put at risk the very real success of automatic enrolment."

The IFoA said providing incentives to save for the long term was "crucial" and any changes to the pension tax system would discourage employers' participation in long-term savings.

It also said the cost of tax changes could be high cost for sponsors, providers and scheme members.

Fiona Morrison, president of the IFoA, said: "The IFoA takes the view that the case for wholesale change of the pension tax regime has not been made. It remains unclear that the current system is not working and how a new system would be better.

"While there are current complexities, changes should be evolutionary, as the most important aspect for many savers is stability of the system in the long term."

Tom McPhail, head of pensions research at Hargreaves Lansdown, said without upfront incentives to save, the pension system would likely collapse.

He said: "Any move to scrap the up-front incentive altogether could have disastrous consequences. Investors were very clear that they prefer the 'bird in the hand'; not surprisingly, they don't trust future governments to honour promises made today. The idea of a pension ISA is a non-starter."