Senior executives of FTSE 100 firms are taking out cash in lieu of their pensions and this could undermine the pension system, the Trade Union Congress (TUC) has warned. 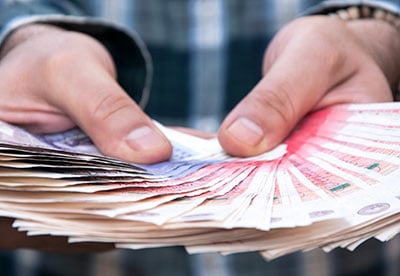 The TUC's latest annual report PensionsWatch 2015 found 70% of executives had chosen to take cash in lieu of an employer pension contribution, based on data from 316 FTSE 100 senior executives.

The TUC said this would discourage workers from saving for retirement because executives were "increasingly disconnected" from the UK's pensions system and it "raises concerns about boardroom commitment to providing good quality retirement provision".

The union also reported the average employer contribution to senior executives' pensions was 34.1% of their salary, compared with 6.1% for a typical worker.

"Not only does this mean that executives are getting far larger proportionate contributions, it also means they are increasingly disconnected from the realities of the UK's pension system," said the TUC.

"If fewer of those at the top table have a financial stake in workplace pensions, it raises concerns about boardroom commitment to providing good quality retirement provision."

The TUC said the decision to take cash could be partly driven by increasing restrictions on how much top earners can contribute to a pension without tax penalties.

TUC general secretary Frances O'Grady said: "Everybody deserves security in retirement. But while pension benefits for most workers have been drastically cut back in recent years, FTSE bosses are diverting pension contributions to top-up what are already colossal pay packets.

"Dramatic differences in pension provision mean that pay inequalities are amplified in retirement.

"If senior executives continue to detach themselves from the pension schemes that their employees rely on, they will be less likely to take an active interest in schemes' quality and adequacy."

The report also said more people were contributing to their pensions thanks to auto-enrolment, but workers would only receive a "decent income" in retirement if their contribution rates, "particularly from the employer", were increased.

O'Grady said: "Although auto-enrolment has helped millions more people enroll in a pension scheme that their employer pays into, more must be done to ensure that all workers receive sufficient contributions to give them a decent income in retirement."