The value of mergers and acquisition (M&A) deals in the insurance sector have hit a record high. 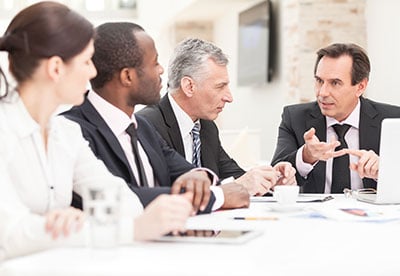 However, while the value of deals has gone up, the number has dropped from almost 750 in the first seven months of 2011 to just under 450 in the same period of 2015.

In a report outlining tips for dealing with M&As, the firm said another driver was the Solvency II regulation, which changes insurers' capital requirements in the EU.

PwC said under Solvency II firms could use acquisition to boost diversification, which could offset the risks of certain products becoming less profitable and therefore reduce capital demands from capital-intensive products.

However, it warned insurers risked "losing sight of the prize" if they used size to define deal strategy rather and suitability and fit.

The report said firms should assign people at board-level in charge of driving the transaction and take ownership of the integration of the new business. Firms should also assess what each partner could bring to the combined entity and review the compatibility of brands as well as operational capabilities.

It also recommended insurers communicate with a range of stakeholders including investors, employees and staff to ensure they understand the deal objectives and who is responsible for delivering them. PwC said a "vacuum of communications" would encourage staff to prioritise personal survival over broader integration.

Leaders should also identify who in the acquired organisation is adding "exceptional value" to the business, judge whether these individuals would want to stay and contribute and develop retention strategies and a succession plan if they choose to leave.

Once a deal is signed PwC said firms should manage the integration as part of a business process with "clear and transparent planning at the point of acquisition" and "active board-level oversight".

Arthur Wightman, PwC Bermuda territory and insurance leader, said: "Acknowledging these challenges and tackling them head-on drives the best chance of success, in particular where bold decisions are being taken in response to today's M&A market.

"Decisions need to be fully informed with those responsible being assigned and accepting accountability, from board level through to business unit leaders driving the operations, for the evaluation and delivery of deal objectives."

He added: "These megadeals can propel businesses ahead of competitors and have the potential to reshape the industry."

This article appeared in our September 2015 issue of The Actuary.
Click here to view this issue
Filed in
09
Topics
Professional