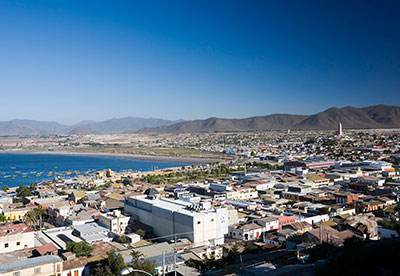 Catastrophe modeling firm AIR Worldwide said the disaster, on the country's central coast near the city of Illapel, killed at least 12 people.

The earthquake was felt "as far away as São Paulo, Brazil, more than 3,000 km away". "Strong shaking" was felt in Chile's capital city of Santiago, the country's most populous city, "where tall buildings swayed for up to three minutes".

Mehrdad Mahdyiar, vice president and senior director of earthquake hazard research at AIR Worldwide, said: "The main shock, which was followed by several strong aftershocks, triggered a tsunami that was recorded in several countries. The tsunami produced waves up to one meter in height as far away as the Hawaiian Islands."

Fitch said the ratings of Chilean insurance firms were unlikely to be affected and believed the industry would be able to "absorb the resulting claim losses".

Based on estimates from the US Geological Survey, Fitch said economic losses were between $100m (£66m) and $1bn (£656m). However, the agency anticipated losses to come at the high end of the range.

Fitch estimated insured losses would be $500m (£328m), with insurers each paying out less because of the industry's "strong catastrophic reinsurance protection".

The agency said it was "confident" in the reinsurers' ability and willingness to pay out "in a timely manner".