Tianjin explosions cause Zurich to pull out of RSA takeover

Swiss insurer Zurich has announced it will not seek to acquire RSA following losses from the Tianjin explosions and "weaker than expected profitability" in its general insurance business. 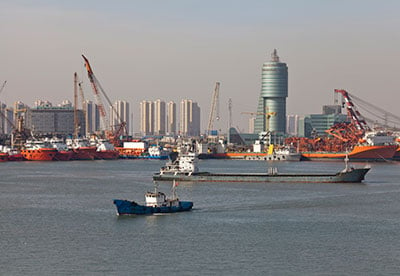 Zurich said its losses from a series of explosions in Tianjin in mid August had been estimated at $275m (£177m). However, the final cost of payouts remained uncertain.

In addition to the Tianjin explosions, the Swiss insurer expected weak profitability in its non-life business in the first half of the year would continue in the third quarter.

The firm has recently completed its reserve reviews and these indicated "a likely negative impact" of around $300m (£193m) due to car insurance liabilities in the US and other lines of business.

Kristof Terryn, the insurer's general insurance CEO, is conducting an "in-depth" review of the business.

The company expected a loss in general insurance of around $200m (£129m) in the third quarter, but said a further update would be provided in its third quarter results, due to be released on 5 November.

Zurich said it had terminated talks with RSA over a possible offer due to "the recent deterioration in the trading performance".

Last month it made an offer of £5.6bn for the British insurer. The board of RSA Group recommended accept the offer of 550 pence per share.

Following the announcement this morning RSA shares have dropped to 406.2 pence each. Last Friday its shares were trading at 510 pence.

RSA said Zurich's interest in the acquisition was "unsolicited" and Zurich's decision not to proceed with the takeover was not related to the due diligence process.

"Zurich has confirmed to RSA that the due diligence findings were in line with their expectations and, while the process had not been finally concluded, they had not found anything that would have prevented them from proceeding with the transaction on the terms announced on 25 August 2015," RSA said in a statement.