New Zealand has been predicted as the team with the highest chance of winning the 2015 Rugby World Cup. 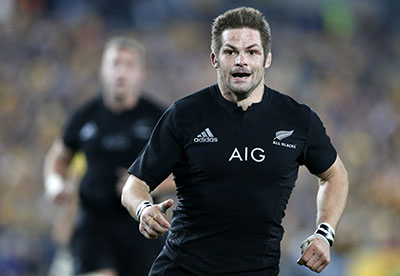 Actuaries at QBE Insurance found the All Blacks had 44.3% of probability of winning the tournament.

Based on teams' attack and defence history, QBE said England was the second biggest winner, with a 21.5% chance of victory.

Using stochastic modelling, a tool to estimate the probability of outcomes, QBE simulated the entire tournament 5,000 times - across 240,000 games - and found England had 84% probability of success of qualifying for the quarter-finals, 66.9% for the semi-finals and 41.3% for the final.

South Africa is the third team most likely to take home the Webb Ellis Cup with an 8.4% chance of success, followed by Australia, with an 8.2% chance.

Ireland and Scotland are predicted to have "successful group stage matches", with 97.4% and 58% of probability of qualifying for the quarter-finals respectively.

However, their likelihood of winning the tournament "tapers off dramatically", with Ireland given a 7.7% and Scotland a mere 0.1% chance of victory.

Wales has 48% of probability of qualifying for quarter-finals and 4.3% of winning the tournament.

Matthew Crane, managing director at QBE UK and Ireland, said the prediction "was a bit of fun" but the science behind it was "very serious".

He said: "To taste success, the winning team needs to go into the game understanding the risks and prepared for the challenge."

The 2015 Rugby World Cup starts today with England against Fiji at Twickenham.

Teams and probability of winning tournament:

This article appeared in our September 2015 issue of The Actuary.
Click here to view this issue
Filed in:
09
Topics:
Professional