Savers get 'harsh introduction' to drawdown

Savers who opted for drawdown for their pensions have lost more than £160m since pension freedoms were introduced, according to a pension provider. 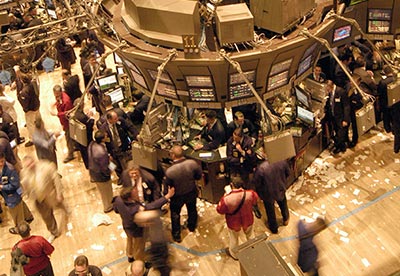 MetLife said this was due to the worldwide stock market volatility, which coincided with the launch of the reforms.

Based on the analysis of market data, MetLife said sales of drawdown plans had increased since the launch of the pension freedoms. It estimated 25,700 customers had spent around £1.75bn buying drawdown policies up to the end of August.

But the FTSE100 lost 10% of its value on 2 April, just before the launch of the pension freedoms. The market then experienced further declines in the next few months following the reforms.

In August the UK private sector pension deficit widened by £30bn in one day due to a crash in global stock markets.

Losses for savers up to the end of August have been estimated at £160m. MetLife said the recovery of the market at the end of August provided "some late comfort" to customers. The firm warned "heavy losses" meant funds could run out later in retirement.

Dominic Grinstead, managing director at MetLife UK, said: "The new savers attracted to traditional drawdown by pension freedoms have had a harsh introduction to the new rules and many will be counting the cost of the global stock market slide.

"Markets of course go up as well as down, but losses in the early years of a traditional drawdown are a major worry and the risk needs to be understood by anyone opting for drawdown as it has major implications for retirement planning."

This article appeared in our September 2015 issue of The Actuary.
Click here to view this issue
Filed in
09
Topics
Investment