Liverpool has been identified the third-party personal injury claims capital of the UK, actuaries have said. 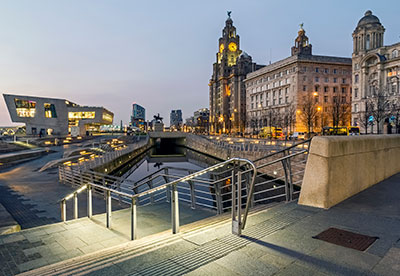 A report from the IFoA said in the city, the highest proportion of road accidents - 55% - resulted in a claim, compared to the rest of the UK where the average was 30%.

The interim report, part of an IFoA investigation into personal injury claims, found a high concentration of claims management companies (CMCs) in the North West of England, London, the South East and the West Midlands.

Based on data from 18 of the top 20 motor insurers, making up 70% of all car insurance claim costs, it said the North West had the highest proportion of claims from accidents (43%), followed by the North East (33%) and the South East (30%). Scotland (20%) had the lowest proportion of accidents involving claims.

The IFoA said despite reductions in the frequency and costs of claims across the country following the introduction of LASPO (Legal Aid, Sentencing and Punishment of Offenders Act) in 2013, claim numbers and costs were "on the rise again", partly because of "the action of CMCs".

David Brown, one of the authors of the report, said: "It appears that the legislation implemented so far has failed to be hard hitting in areas with a high third-party injury to third-party property damage ratio, such as the North West."

The number of CMCs specialising in personal injury dropped by 13% to 979 in the first quarter of 2015, but turnover for the sector has increased by 30 per cent in the year to March 2015 to £310m, according to the report.

It said this was likely to have been driven by increased volumes of claims in combination with the largest CMCs increasing their market share and the return of smaller CMCs to the market with new business models.

Brown said CMCs made claims processing "much easier" for individuals by assisting them in aspects such as providing access to solicitors.

The government is due to review the regulation of CMCs in early 2016. Brown said: "We fully expect the government review to consider how the rights of claimants stack up against, for example, the desire of Liverpool motorists for lower insurance premiums."

LASPO came into force in April 2013. The legislation introduced a number of measures that impacted third-party injury claims, including the banning of referral fees and reductions to the third-party legal costs. Earlier this year, the IFoA reported claims declined by two-thirds due to LASPO.