Taipei has been identified as the city most at risk from major disasters, according to a report by Lloyds. 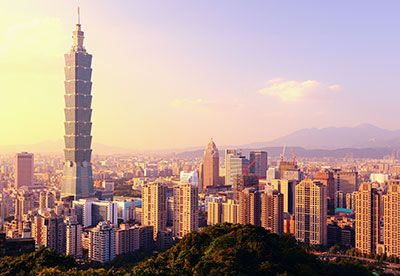 Lloyd's saidTaipei had the highest total GDP at risk ($181.2bn), representing about half of its average annual GDP exposed ($400.54bn), based on a ranking of 301 cities.  The city's biggest risk is windstorm, accounting for 44% of the total GDP at risk.

According to Lloyd’s City Risk Index 2015-2025, the threats considered by the London-based insurance market were both man-made and natural disasters.

The index, produced for Lloyd's by the Cambridge Centre for Risk Studies, said as one of the world's largest financial centres, London was located close to the "crisis-hit euro zone" and had "extensive ties to international markets". The city's biggest potential threat comes from a market crash, accounting for more than a quarter ($26.36) of its economic exposure.

According to the index the cities collectively have $4.56trn of GDP at risk out of a total $372.56trn over the next 10 years.

It said by adding 1% of insurance penetration, uninsured losses could be reduced by 13%. This would result in a 22% reduction in taxpayer spend following a disaster. It also stressed the role of insurance in enhancing risk mitigation and improving economic resilience to catastrophes.

Inga Beale, CEO of Lloyd's, said: "Insurers, governments, businesses and communities need to think about how they can improve the resilience of infrastructure and institutions. Insurance is part of the solution.

"Insurers must continue to innovate; ensure their products are relevant in this rapidly changing risk landscape, offer customers the protection they need and, as a result, contribute to a more resilient international community."

Top 20 cities at risk, including level of GDP risk: