Brewing firm Heineken has offloaded £2.4bn worth of risk associated with a defined benefit (DB) pension scheme in a longevity hedge with Friends Life. 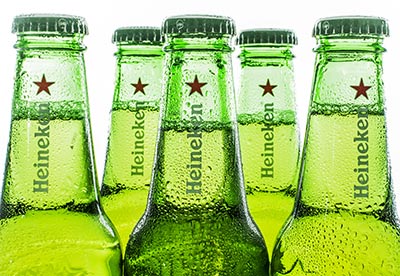 The transaction will cover pensioners of Scottish & Newcastle (S&N), now part of Heineken. The deal involves insuring against pension liabilities of £2.4bn, covering around 19,000 pensioners. This represents nearly half of S&N's DB scheme.

Neil Parfrey, UK head of pensions at Heineken, said the deal would reduce financial risks associated with pensioners living beyond their projections.

He said: "By hedging against longevity, we have reduced a significant amount of the plan's risk should the overall life expectancy of members exceed our projections. This should help bring peace of mind to plan members, and we are delighted that it has been achieved in a cost efficient manner."

Brewing firm S&N was founded in 1749 and was acquired by Heineken in 2008. The company later changed its name to Heineken UK. Its DB pension plan has around 40,000 members. It closed to accrual in 2011.

Towers Watson advised the trustees and the company working group. The firm's head of pension transactions Ian Aley said: "This transaction is a further example of how innovation and excellent market relationships can lead to significant cost efficiencies.

"Heineken has broken new ground with this transaction, identifying a new longevity counterparty in Aviva, who provided additional market capacity on this occasion."

Friends life became part of Aviva Group in April in a £5.6bn deal. Aviva said it would transfer some of the risk using Swiss Re as its reinsurance partner for the deal.

David Still, managing director for Heritage at Aviva, said: "Leveraging the strong partnership we forged with the trustees and with Swiss Re, our reinsurance partner on this transaction, we are delighted to have been selected as the insurer for a transaction of this scale, which provides greater certainty for the Scottish & Newcastle pension plan in relation to its longevity risk."

Last year Aviva transferred the longevity risk of its own pension scheme, worth £5bn, to a consortium of three reinsurers: Swiss Re, Munich Re and SCOR Global Life.