2015 likely to be warmest year on record, says Met Office

Global temperatures this year and in 2016 could be the hottest on record, according to the Met Office. 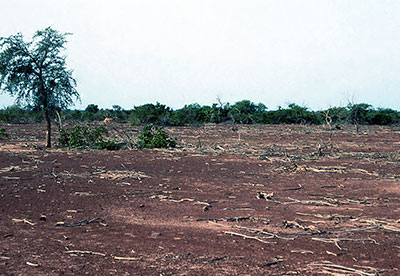 In report on climate change the weather forecaster said 2014 had been the warmest year on record. But its forecasts suggested 2015 "could be similar or even warmer".

"If this continues, 2015 will likely be warmer than any other year in the observational record," said the report.

It said given El Niño, part of a cycle of warming in the equatorial Pacific, would develop further and affect global temperatures, both 2015 and 2016 would "show similar warmth to the current value of 2015".

Professor Stephen Belcher, head of the Met Office Hadley Centre for Climate Science and Services, said: "We know natural patterns contribute to global temperature in any given year, but the very warm temperatures so far this year indicate the continued impact of increasing greenhouse gases. With the potential that next year could be similarly warm, it's clear that our climate continues to change."

The Met Office also said the rate of global warming was slowing down. It said global mean surface temperature "rose rapidly" from the 1970s, but the rate of warming had slowed over the past 15 years.

It explained the slowdown was driven by different climate cycles: El Niño, Pacific Decadal Oscillation (PDO) and Atlantic Multi-decadal Oscillation (AMO). The Met Office said El Niño was "growing in strength" and PDO - a cycle of sea temperature in the Pacific - would likely be in the "positive" or warm phase in the coming year.

However, AMO - a fluctuation in the sea surface temperatures in the North Atlantic - would likely be entering a "negative" or cooling phase, which could temporarily cool the climate.

The Met Office said these cycles, which have already weakened the Indian monsoon and caused fewer Atlantic hurricanes this year, would affect regional temperatures and rainfall worldwide in the coming years. Changes include an increased likelihood of "wetter than normal conditions" for the south western US and southern South America.

It said cooling AMO phases could bring cooler summers to continents surrounding the North Atlantic and could increase the chances of dry northern European summers and droughts in the Sahel region of northern Africa.

Professor Adam Scaife, head of monthly to decadal prediction at the Met Office, said: "Although we can't say for sure that the slowdown in global warming is over, global temperatures are now rising again."