Two thirds of accountants (68%) think over the next two years a large UK firm will suffer financial or reputational losses due to a spreadsheet-based data failure. 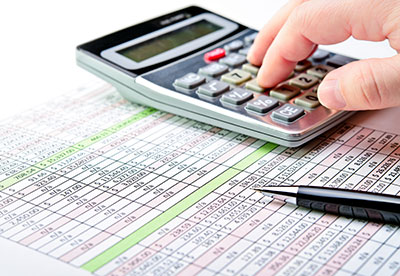 A survey of 101 accountants found more than half (58%) of respondents said the frequency of spreadsheet errors was "very high" or "fairly high", and almost three quarters (72%) ranked spreadsheet risk as a "major business risk".

The study, commissioned by technology firm ClusterSeven and supported by Institute of Chartered Accountants in England and Wales (ICAEW), also reported 90% of respondents believed over the next two years, regulators and other stakeholders such as auditors will take an increasing interest in the use of spreadsheets and data management.

The top reason for errors to be found on spreadsheets was there was no system in place for checking or tracking who made the changes and when, as cited by 54% of respondents. Another 42% said too many people had access to key spreadsheet and 39% cited insufficient training or understanding of the use of spreadsheets.

Richard Anning, head of ICAEW's IT Faculty, said flawed spreadsheet design and lack of formalised training added "significant costs" to organisations, but errors often remained "unspotted" and damage would be "difficult to recognise or measure".

"With nine out of ten respondents agreeing finance professionals will increasingly rely on spreadsheets and data management, this is a major concern for both businesses and the UK economy," he said.

ClusterSeven said one in 10 (9%) spent more than 30% of their time checking spreadsheets for errors and only half stated they could fully understand the historical changes made during the recent use of spreadsheets.

Ralph Baxter, CEO of ClusterSeven, said: "Accountants and financial professionals are exposed to spreadsheets and similar applications more than most people, and the message they are sending is that the propensity for critical errors on spreadsheets is profound - unsurprisingly, almost three quarters (72%) ranked spreadsheet risk as a major business risk.

"The challenge for businesses and financial institutions is that the quality of data held and managed on spreadsheets, and the processes behind validating this data, are increasingly being reviewed by stakeholders such as regulators, as the inherent fallibility of spreadsheets becomes ever more apparent."

This article appeared in our September 2015 issue of The Actuary.
Click here to view this issue
Filed in
09
Topics
Professional