Switzerland has been ranked the best place for older people, according to Age International. 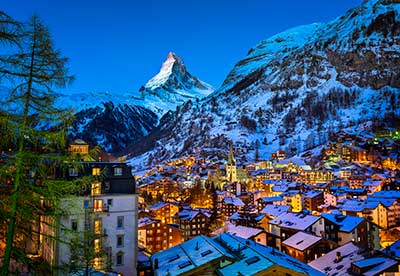 According to the charity's latest annual index, the ranking is based on a range of indicators in four key areas: income security, including pension coverage; health, such as life expectancy; capability, which includes education and employment; and "enabling environment", which includes social connections and physical safety.

The report, Global AgeWatch Index, which measures the quality of life of older people around the world, said Switzerland was ranked number 27 in income security but earned second place in health and education and employment. The country topped the list in enabling environment.

The index, which ranks 96 countries, said the UK moved up one place to 10th. The charity said the UK "performed well" in the social environment category, taking third place, but slipped from 11th to 14th in income security. The country had seen the most progression in education and employment, moving up three places from 23rd to 20th.

The charity said Afghanistan remained at the bottom at 96. The country's income security was ranked 83rd and it was placed 95th and 96th in social environment and health respectively.

Age International said the proportion of older people was growing globally. By 2050, 46 of the 96 countries in the index will be classed as "hyper-ageing", meaning at least 30% of their populations will be aged 60 and over.

However, the charity said data was only available for the 96 countries and a further 98 were excluded from the index due to lack of data. For example, poverty rates in old age were missing in at least 93 countries.

Gender inequality in older age was another issue highlighted in the index. Globally 46.8% of women aged between 55 and 64 are economically active, compared with 73.5% of men. Age International said a combination of gender discrimination and inequality in old age would have "a devastating effect on older women".

Chris Roles, director at Age International, said better data was needed for governments to plan ahead and prepare for demographic change.

He said: "We need better national, regional and global data, broken down by age and gender, if we are to fully understand what is happening to people in later life in all parts of the world. Without this, older people, and especially older women, will continue to be marginalised in many parts of the world."

This article appeared in our September 2015 issue of The Actuary.
Click here to view this issue
Filed in
09
Topics
Health care