Two think thanks have urged the UK to introduce social pension funds to help finance projects such as social housing, rehabilitation initiatives and environmental schemes. 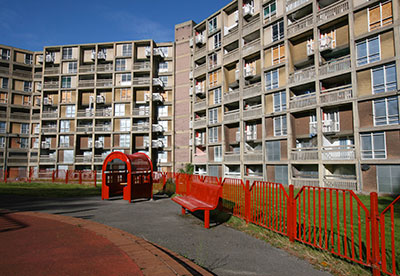 According to a report, published by the Social Market Foundation and Big Society Capital, the scale of potential social investment from pension funds is "huge". It estimated there would be 16 million defined benefit (DC) pension scheme savers by 2030 and assets under DC schemes were expected to amount to nearly £600bn.

The report Good Pensions: Introducing social pension funds to the UK argued charities and social enterprises had a range of complex issues to address in the UK such as youth unemployment, rehabilitation of offenders and fuel poverty.

It said social investment could provide these organisations with the capital to innovate and expand their activities "sustainably".

"In a period of continued fiscal austerity when public funding from many government departments is set to be reduced, finding sources of private finance that can expand the activities of charities and social enterprises is crucial," said the report.

Citing a survey conducted by the National Association of Pension Funds, the report said 70% of savers felt it was important for pension providers to invest in companies that concentrate on avoiding unethical practices, such as poor working conditions.

Based on another survey by the Defined Contribution Investment Forum, it said 44% of UK employees would prefer their employer to choose a pension provider that invests in social funds, even if meant a lower return on their investments.

However, it identified barriers that could affect the development of social pension funds such as inertia on the part of individual savers and concerns about liquidity and scale on the part of providers and fund managers.

It outlined actions to be taken in order to overcome these barriers including working with the industry so providers offer a social pension fund to their members and encouraging demand among savers.

"But, with people increasingly wanting to see positive social as well as financial returns, this could also be a route to encouraging people to save and creating the savings culture that the chancellor has called for."

This article appeared in our September 2015 issue of The Actuary.
Click here to view this issue
Filed in
09
Topics
Investment