The Pensions Regulator (TPR) stepped in to settle a dispute over a £36.1m hole in the Docklands Light Railway (DLR) pension fund, it has emerged. 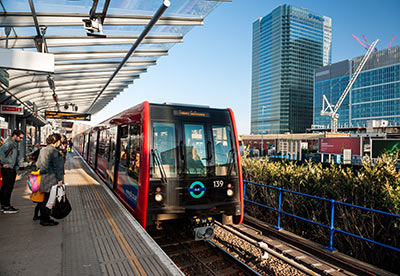 The row, which started in 2009 and was only settled in November 2014, involved DLR, pension trustees and Serco, which ran DLR services until losing the contract in 2014.

In a report of the case published yesterday, TPR said the trustees and Serco prepared an actuarial valuation in 2009 but failed to reach an agreement on the deficit before a June 2010 deadline.

They agreed the scheme was in deficit, but disagreed on a recovery plan to clear the shortfall and a schedule of contributions.

Despite years of talks the matter was not resolved and in August 2012 the regulator issued a warning notice to Serco, threatening to force the company to pay up.

This process was suspended to allow further talks, but these were unsuccessful and in late 2013 the trustees issued court proceedings against Serco.

Lesley Titcomb, chief executive at The Pensions Regulator, said TPR would work with schemes to address non-compliance but had a "low tolerance" for late actuarial valuations.

She said: "As late actuarial valuations can create uncertainty and could increase risks to both the scheme and the employer, we will consider whether to use our powers to protect member outcomes and ensure employers meet their obligations."

A Serco spokesman said: "We announced back in March this year that we had reached a settlement in November 2014 with the trustees of the DLR pension scheme. As we stated at the time, the settlement from Serco of £33m is being paid in four equal installments from January 2015 to January 2018."

Duncan Howorth, CEO at consultancy JLT Employee Benefits, said: "Failure to complete and agree actuarial valuations within the prescribed period is not uncommon, but in this case the time delay does seem excessive. TPR generally takes proportionate attitude to delays and its move may relate to poor communication or inaction by trustees, employer or both, or some specific concern.

"With high levels of pension deficit likely to continue for some time, the 2016 round of actuarial valuations are likely to prove challenging for companies and agreements will be harder to reach."