Labour leadership contender Jeremy Corbyn has said the state pension age should be flexible to allow people to work as long as they want to. 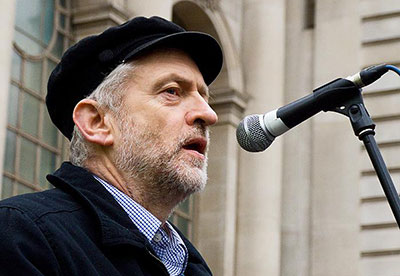 Writing in the Daily Telegraph, Corbyn said: "Some people will be happy to work longer, others not. But living longer doesn't mean we are able to work longer in physically demanding jobs like that of the firefighter, police officer or paramedic.

"So we need a flexible pension age that allows people to work for as long as they want to, while also recognising that for many people the nature of their work, their health, or their disability may not allow that."

He said increasing the age to 68 meant those with well-paid jobs would continue to take early retirement, while lower-paid workers would have to "work until they drop". He also said Labour should create an "Older People's Commission" to review funding options.

Corbyn's call follows data published by the Office for National Statistics about improved longevity in England and Wales. It said over the past 100 years life expectancy had increased by nearly three years per decade, and 20% of men and 31% women were expected to survive to their 90th birthdays.

Tom McPhail, head of pensions research at Hargreaves Lansdown, said: "State pension provision has always been based on a longevity lottery, with those who die young losing out compared to the longer lived. Any deviation from this, giving some people a right to draw their pension at an earlier age could be hugely expensive.

"Labour had been conducting a pension policy review under Rachel Reeves; if the new Labour leader chooses to go in a new direction and establish a commission then they might have to start again from scratch."

He said: "Using the formula now proposed by the government, that future generations should spend up to a third of their adult life in retirement, it is very likely that state pension ages will have to rise much faster than currently anticipated, almost inevitably reaching at least 70 by the mid-point of the century.

"Longer working lives will surely become the norm for today's younger generations, something they will have to accept in thinking ahead for their plans for retirement and how they are going to finance them."