Non-life insurance in India has performed well during the period 2010 to 2014 with motor insurance the largest category, according to a data provider. 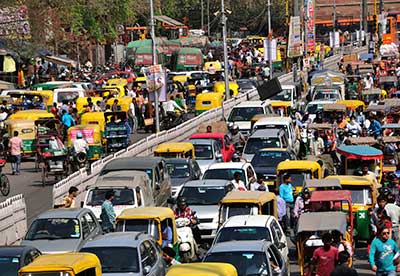 A report by Timetric found gross written premiums in the market had increased at a compound annual growth rate (CAGR) of 14.9% in five years.

The report said motor insurance was the largest category within the non-life sector, accounting for 54% of the overall non-life insurance gross written premium in 2014.

Sushma Viswanathan, analyst at Timetric, said growth in this category was expected to be a CAGR of 20.2% between 2014-18, due to rising vehicle sales and digital innovations "that make it easier to purchase insurance through smartphones".

Timetric said property insurance was the second-largest category, with a CAGR of 15.4% between 2010-14, due to growth in consumer income levels and the government's expenditure on infrastructure projects.

Viswanathan said: "The government's commitment to infrastructure development as well as a INR3trn (£29.6bn) housing scheme that is expected to result in the development of 20 million housing units, is set to spur growth in the property insurance sector at a CAGR of 17.5% during the forecast period."

The overall increase was due to increasing public awareness of insurance, higher consumer income levels that boosted premiums and strong growth in the automobile, property and construction industries, which boosted property and motor insurance. The firm said these factors would continue to drive growth in the sector between 2014 and 2018.

Timetric said the non-life market in India was "concentrated" with the top ten firms representing 77.5% of gross written premium in 2014.

Four of those, currently government-owned, accounted for 49.4% of the market. They were: New India Assurance, National Insurance, United India Insurance and Oriental Insurance.

It said the remaining six were domestic insurers in joint-venture agreements with foreign companies. They represented 28.2% of the sector's gross written premium. They were: Bajaj Allianz, ICICI Lombard, Iffco Tokio, Tata AIG, HDFC Ergo and Reliance.

Timetric said foreign involvement in the Indian non-life insurance would increase competition and foreign firms would bring expertise in marketing and increasing customer awareness of insurance, thus drawing market share from state-owned companies that still control almost half of the market.

Viswanathan said: "The potential for greater foreign involvement in the Indian non-life insurance industry opens up the possibility of greater competition and application of marketing techniques to build brand awareness and therefore increase market penetration."