Only four in 10 (43%) employers plan to offer staff a drawdown option as part of their pension plan, according to a survey. 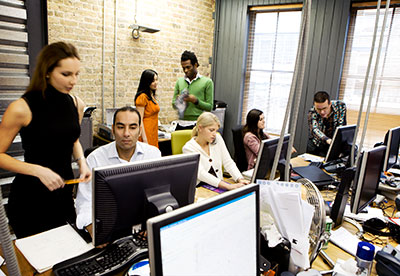 The study of 100 employers, carried out by Towers Watson's master trust LifeSight, found despite this, 87% of employers believed their staff would want to access some or their entire pension using drawdown flexibilities after the age of 55.

The majority (69%) believed it would be too difficult to manage and implement the facility and another 59% cited governance issues. Some 53% of employers had no desire to provide the facility while 45% said cost was a barrier to adoption.

Fiona Matthews, managing director at LifeSight, said: "Our survey shows a significant demand from employees to use drawdown for some or all of their pension benefits.

"However many employers and trustees have been slow to respond as they have been careful to balance giving people what they want with mitigating risk."

The study also found two thirds (63%) of trust-based schemes were continuing to put an annuity purchase as their default position. However, Towers Watson predicted around 44% members reaching 55 in the next 10 years were likely to want to use drawdown flexibilities.

The firm said 51% of trust-based schemes had not rolled out communications to members regarding pension flexibilities since new rules came into effect.

Matthews said the pensions industry "must respond quickly to meet demand" and savers should be "well-informed about their options".

"Based on our analysis, the ability to use drawdown is as important as the option to purchase an annuity for many members," she said.

"Clearly there are some key challenges with making the new drawdown rules work in practice; some savers have been refused drawdown and some have experienced pay-out delays. It was inevitable there would be a trade-off between bringing the reforms in quickly and having everything working perfectly smoothly from the start."