More than 27,000 uninsured cars seized this year including Ferraris and Lamborghinis

Police forces across the UK have seized at least 27,688 uninsured cars in 2015 to date, including luxury brands such as Ferraris and Lamborghinis, according to research by Churchill. 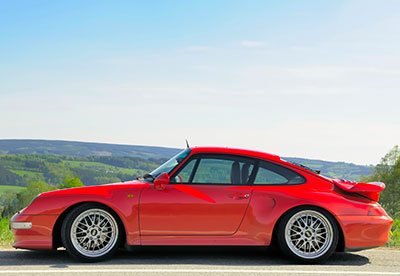 Based on data from 23 UK police forces, Churchill said London was the "uninsured vehicle capital of the UK" with the Metropolitan Police seizing 9,935 cars so far this year. This included 810 BMWs, 386 Audis, 21 Porsches, five Bentleys, two Lamborghinis and a Ferrari.

The London total is twice the number of the second highest constabulary, West Yorkshire, which seized 4,125 cars.

The data, which came from a Freedom of Information Act request, showed 1,892 seized cars have been auctioned this year so far, raising £1,086,536.65. The highest amount made was £18,874 for a single vehicle seized by Warwickshire Police, but Churchill said this "pales in comparison" with the £217,933 paid at auction for a vehicle seized by the Metropolitan Police in 2013.

The insurer also said not all seized cars were sold at auction and, to date, 6,736 vehicles had been crushed this year. The total scrap value generated from these cars was £643,891.

Steve Barrett, head of car insurance at Churchill, said: "This analysis exposes just the tip of the uninsured iceberg. Thousands upon thousands of motorists across the country are driving without insurance, which is truly terrifying."

Barrett said driving without insurance would drive up premiums for all other motorists, as those with a policy indirectly covered the cost of compensating those involved in accidents with uninsured drivers.

"For an everyday motorist to be covering the costs of a driver that can afford a Ferrari is a travesty," Barrett added.