A famous car crash scene in cult film The Blues Brothers would have resulted in the largest insurance claim in movie history, research has found. 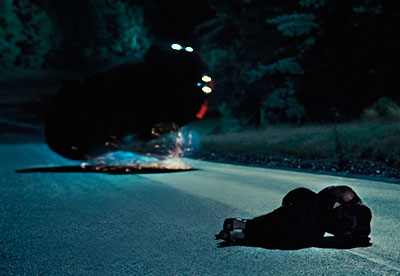 Car insurer 1st Central picked 10 films known for crash scenes and ranked the potential insurance claims characters could have made had they had cover.

The firm said Elwood Blues' crash in The Blues Brothers caused extensive property damage and multiple personal injuries. If Blues was to make a claim he would see his premium rise to £250,000 per year after the accident.

The Dark Knight was ranked third with £2m for damage Batman caused to a public underpass. However, the insurer said Batman would not be held liable because the Joker was at fault for firing his bazooka.

James Bond's damage to his Aston Martin DBS in Casino Royale, currently in seventh place, would cost insurers £80,000. But 1st Central said Bond would not be liable because, as an employee of the Crown, he would not require insurance. The UK government takes the place of the insurer.

Cole Trickle, professional racer at the National Association for Stock Car Auto Racing in Days of Thunder, would not be liable for his crash, as his team would have a separate policy for track insurance.

Peter Creed, co-founder and chief underwriting officer at 1st Central, said: "A number of factors had to be carefully considered when estimating the cost of the claims these drivers would make. While our customers are unlikely to experience similar incidents, it's a useful training exercise for our staff to undertake, so that they consider all aspects of processing a claim."

Value of claims that could be made from movie car crashes:

This article appeared in our August 2015 issue of The Actuary.
Click here to view this issue
Filed in:
08
Topics:
General Insurance