The board of British insurer RSA Group has recommended its shareholders accept a takeover offer from Swiss firm Zurich.

The board of British insurer RSA Group has recommended its shareholders accept a takeover offer from Swiss firm Zurich. 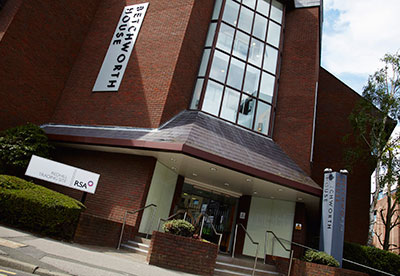 RSA said it was an all cash offer at 550 pence per share. Under the terms of the proposal, RSA shareholders also retain the right to receive the 3.5 pence interim dividend announced by the company on 6 August.

"The board has indicated to Zurich that it would be willing to recommend an offer at the level of the possible offer to RSA shareholders subject to the satisfactory resolution of the other terms of the offer," said RSA in a statement.

"Accordingly, the board is in discussions with Zurich in relation to these terms."

RSA's history dates back more than 300 years, and the business has operations in the UK, Scandinavia, Canada, Ireland, Asia, the Middle East, Latin America and Central and Eastern Europe. The firm focuses on general insurance and has around 19,000 employees. In 2014, its net written premiums were £7.5bn.

Zurich offers both general and life insurance products to its customers in more than 170 countries. It has more than 55,000 employees.

Credit rating agency Fitch previously said the potential acquisition meant RSA would give Zurich access to "attractive markets" where the Swiss insurer does not yet have a presence such as Scandinavia, and strengthen its position in the UK and Latin America.

Last week data provider Timetric said the market for professional indemnity insurance was currently fragmented, but a deal between Zurich and RSA would create a “new big player in the sector”.

This article appeared in our August 2015 issue of The Actuary.
Click here to view this issue
Filed in
08
Topics
Professional