Financial institutions in the UK are being called on to respond to a government consultation on the gender pay gap. 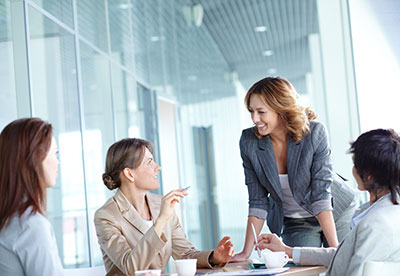 The Department for Education (DfE) explained the financial sector had a 40.16% pay gap, the difference between the average salaries of men and women based on hourly rates. It said the figure in this sector was higher than the national average of 19.1%.

The department's call is part of the consultation to end the gender pay gap, which requires companies with more than 250 employees to publish the difference in pay between men and women.

The consultation will look at how to design regulations to tackle unequal pay, including what information will be published, where and when. It will also seek views on what more can be done to help women of all ages reach their full potential and have "the security of a well-paid job".

The department said the national average pay gap of 19.1% was at its "lowest rate on record" and there were more women at work "than ever before".

Minister for women, equalities and family justice Caroline Dinenage said: "We have more women in work than ever before but the stubborn pay gap between men and women still persists. By taking steps to tackle this and increase transparency, employers can retain real talent.

"This isn't just common sense, it makes good business sense too. That's why we're urging the financial sector to come forward and have their say, so together we can consign the gender pay gap to the history books."

The DfE said RBS, which is majority owned by the UK government, was one of the firms in the financial sector that "supports women to achieve their potential". RBS introduced a women's network to provide training and development opportunities to female staff.

Elaine Arden, RBS chief HR officer, said: "We recognise the benefits to our culture, customers and stakeholders that having a gender-balanced workforce brings. We are committed to working for change in this area and are pleased to be able to comment on the proposals. I would encourage others to do the same.''

The consultation closes on 6 September.

This article appeared in our August 2015 issue of The Actuary.
Click here to view this issue
Filed in:
08
Topics:
Professional