The senior managers insurance regime (SMIR) is a clear marker that staff will need to demonstrate the steps they took to meet regulatory requirements, according to a lawyer. 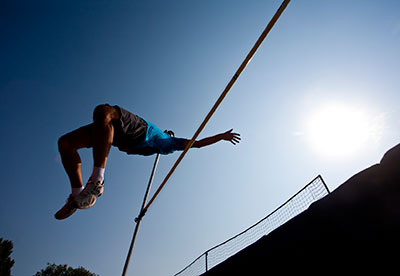 That's the view of Michael Ruck, a senior financial services enforcement lawyer at Pinsent Masons. It follows the publication of a series of documents by the Prudential Regulatory Authority (PRA) on the final rules of the regime.

The aim of the SIMR is to make senior staff including non-executive directors responsible for the conduct of their firms. The PRA's requirements for insurers were published at the same time as senior managers regime was introduced in the banking sector.

Ruck said: "The regulators' clear aim is to hold individuals accountable for the failings in areas for which they have taken responsibility. The statement that 'senior managers will be held individually accountable for the areas they are responsible for' puts down a clear marker that individuals will need to be able to evidence the steps they took to meet the relevant regulatory requirements. Any senior manager responsible for an area in which there is a regulatory breach will be for the regulatory high jump."

According to the PRA's supervisory statement Strengthening individual accountability in insurance, key function holders in an organisation include the chairman, or the chair of a key board committee with direct responsibility for oversight of the firm's affairs.

The PRA considered the role of the chairman "integral" to a firm's safety and soundness. It expects chairmen to oversee the performance of the role of the governing body of a firm by, for instance, having regular discussions with the chairs of the audit, remuneration and risk committees outside board meetings. Chairmen are also expected to commit a significantly larger proportion of their time than non-executive directors.

The regulator expects executive directors and senior insurance managers with responsibility for some aspect of the safety and soundness of the group to be included on the list of key functions.

The PRA also said the system of governance of each Solvency II firm or group must cover at least the following key functions: risk-management, compliance, internal audit, and actuarial.

Additional departments could also be included, but firms would need to assess and consider whether others, such as investment, claims management, IT and reinsurance, would meet the criteria of being of "specific importance to the sound and prudent management of the firm".

Andrew Bailey, CEO of the PRA, said: "The simple principle that you can delegate tasks and work, but you cannot delegate responsibility for the safety and soundness and conduct of your firm must become embedded at all levels of banks and insurers."

Celyn Armstrong, lawyer at Linklaters, said there was a "certain degree of overlap and lack of clarity" as to the scope and application of some of the proposed rules.

"For example, the senior managers regime for banks and the existing approved persons regime require pre-approval of certain individuals performing controlled functions. Solvency II, on the other hand, only requires a notification of 'key function' holders to be made to the regulator - while some key function holders will be approved persons, not all will be," he said.

Ruck added: "Only time will tell if the policy statements issued today regarding the senior insurance managers regime provide the clarity and certainty aimed for by the UK regulators. While it does provide some clarity around the application of the regime, there continues to be room for some interpretation and flexibility in how firms apply the requirements.

"This will require input from the business and external advisors culminating in a conversation with the regulators to identify their view on the firm's proposals for application of the regime."

This article appeared in our August 2015 issue of The Actuary.
Click here to view this issue
Filed in:
08
Topics:
Regulation Standards