Risk exposure in the aviation sector could reach $1trn by 2020, according to Allianz Global Corporate & Specialty (AGCS). 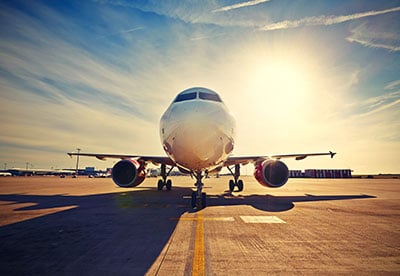 According to its latest publication Global Risk Dialogue, which marks 100 years of aviation insurance, the company said improved safety environment meant premiums were "at their lowest level for many years".

However, it added aviation exposure continued to grow due to increasing fleet values and increase in passenger numbers. Exposure - based on the average fleet values - increased from $576bn in 2000 to $896bn in 2013. "If exposure growth continues at the same rate, it will top $1 trillion by 2020," said the firm.

AGCS outlined a number of challenges aviation insurers are facing such as the "disproportionate growth in air travel". It said in 1960, there were 106 million passengers. In 2014 there were 3.3 billion people taking flights globally. And by 2050, this figure is expected to grow to 16 billion, according to the insurer.

It said improved safety meant the number of claims had fallen, but the size of payouts was increasing, leading to higher costs to insure.

"Today's planes are considerably more complex than their predecessors; a typical passenger plane is made up of 600,000 parts. Innovative composite materials are also being used more and more frequently," the firm said.

Cyber risk is another challenge the sector is facing, which includes cyber terrorism, extortion, data breaches and network outages.

"In the next five to 10 years, cyber will become the biggest focus of the aviation industry," said Haagen.

Aviation insurance policies don't currently exclude cyber risk, but Haagen added the aviation industry and its insurers would need to develop their understanding of the threat to prevent losses and risk increasing.