Defined benefit pension scheme deficit for UKs FTSE 350 companies rose by 17% in the past month, due to low bond yields. 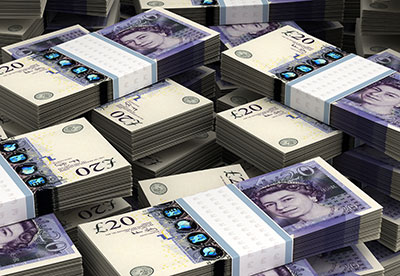 Health, retirement and investment consultancy Mercer said the total deficit increased from £81bn at the end of June to £95bn on 31 July.

The firm said the increase was driven by a fall in corporate bond yields leading to lower returns, although this was slightly offset by a fall in expected inflation and a rise in asset returns.

Data from Mercer's latest Pensions Risk Survey showed assets were valued at £633bn on 31 July, representing a £9bn increase from £624bn at the end of June. Liability values were £728bn at their highest in July. Mercer said it was a rise of £23bn from 30 June where it stood at £705bn.

Ali Tayyebi, senior partner at Mercer's retirement business, said FTSE 100 companies returns over July might have given hope that funding would improve.

"The FTSE100 returned around 2.5% over July, recovering a lot of the ground lost in the last week of June. This might have given hope for a continued improvement in the funding position over the month of July," he said.

"However a relatively small reduction in yields available on long dated corporate bonds has meant that the deficit has in fact increased quite substantially over the month. It is particularly concerning that deficits have now edged very close to the last monthly high, as seen at the end of January 2015, despite corporate bond yields being nearly 65 basis points higher than they were at that time."

"Despite the threat of a potential Grexit, the ongoing market issues really relate to the unfolding economic situation in China, and the timing of the US monetary tightening. For pension schemes, being prepared for both optimistic and pessimistic market scenarios remains key."