A new type of real estate and construction insurance is designed to help pension funds protect their property investments in the build-to-rent sector, according to a report. 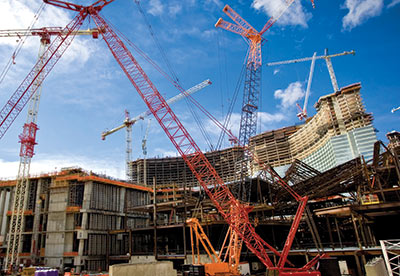 Law firm Addleshaw Goddard, which produced the study with the British Property Federation and other partners, said lifecycle insurance was aimed at providing cover all the way from the start of projects.

Depending on the cover, it can protect investors against defective design, delayed completion, structural damage or poor materials.

Investors hold on to build-to-rent developments to generate income, rather than sell them off, so protecting that income "is all the more important", said the law firm.

Willis, insurance partner of the report, said the insurance offered build-to-rent investors security around risks and future costs incurred around forward-funding arrangements they are signing with developers.

Mike Carolan, director at Willis' construction practice, said lifecycle insurance products looked closely at the designs and durability assessments a developer may have in place at an early stage. The insurance can be taken out at any stage of a project, but deals are frequently signed before construction is about to begin.

He said developers needed to have certainty around future liabilities. "This certainty will no doubt focus on lifestyle costs and issues that may arise with the buildings over the long and medium term," he said in the report.

"So while you have the usual considerations relating to protection during the development phase, you also have to think about the design far more closely and this is something the insurance industry has been quick to recognise."

He said by using software modelling, lifecycle insurance could assess "the most critical aspects" of a building's design and issues such as capital cost, lifecycle costs, maintenance costs, energy costs and general building performance and durability.