The first half of 2015 was the "quietest" since 2006 in terms of both economic and insured losses, according to Aon Benfield's modeling division Impact Forecasting. 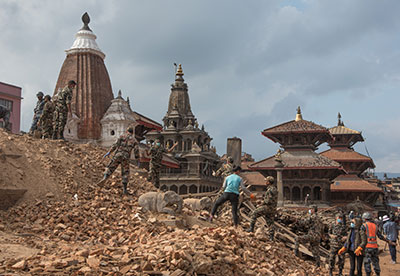 Steve Bowen, associate director and meteorologist at the company, said: "Despite having some well-documented disaster events in the US, Asia Pacific and Europe, it was a largely manageable initial six months of the year for governments and the insurance industry."

As a result, both economic and insured losses from global natural disasters during the first half of 2015 were below the 10-year (2005-2014) average.

A third (31%) of economic losses were covered by insurance, which was slightly more than the 10-year average of 27%. Impact Forecasting said this was because the majority of weather events in the first half of the year took place in regions where the insurance sector is more mature.

It said a "clear majority" (73%) of insured losses were sustained in the US due to an "active winter season" and several storms taking place in spring. Asia Pacific came second with 14%, while Europe, the Middle East and Africa accounted for 11% in total.

The costliest natural disaster during the first half of the year was the major earthquake in Nepal in April, with economic losses estimated at $10bn (£6.4bn). Impact Forecasting said only 2% of losses were covered by insurance due to low levels of cover in the region.

Bowen added: "Looking ahead to the rest of 2015, the continued strengthening of what could be the strongest El Niño in nearly two-decades is poised to have far-reaching impacts around the globe. How that translates to disaster losses remains to be seen, but it is something to keep a close eye on in the coming months."