The annual general meeting of the IFoA was held at Staple Inn Hall, London, on 29 June. This year, presidents, members, guests and IFoA Executive staff were joined by three of the four recently elected Honorary Fellows: Karel Goossens, Dave Pelletier and Andrew D Smith. Thomas Béhar was sadly unable to attend the presentation and will be presented with his award at a later date. Goossens, Pelletier and Smith were presented with their certificates by the then IFoA president Nick Salter. 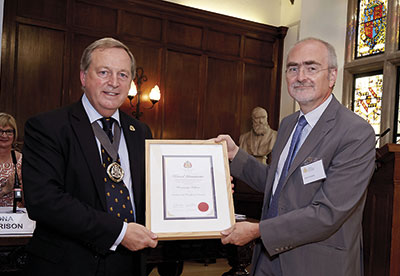 Karel Goossens is chief executive of the Institute of Actuaries in Belgium (IA|BE), having recently retired from Towers Watson. He is the former president of the IA|BE and was chairman of the Actuarial Association of Europe (AAE, formerly Groupe Consultatif) from October 2012 to September 2013. He chaired the Insurance Committee of the AAE from May 2007 to October 2012. 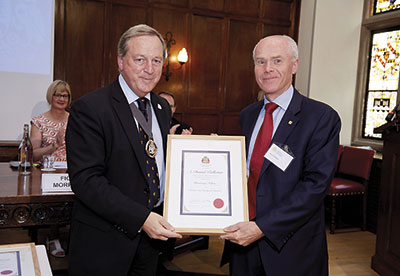 David Pelletier is chair of the Actuarial Standards Committee (ASC) of the IAA. A past president of the Canadian Institute of Actuaries (CIA), he has completed a term as chair of the Canadian Actuarial Standards Board. He is director of the Global Risk Institute. Pelletier retired from RGA Life Reinsurance Company of Canada, where he was chairman, chief executive and executive vice-president, in 2010. 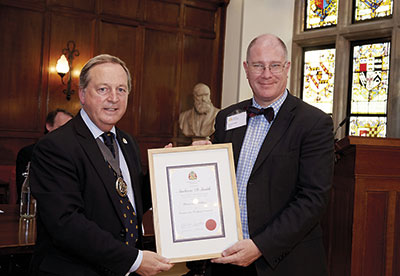 Andrew D Smith is a partner at Deloitte and an active member of the IFoA's Model Risk and Extreme Events Working Parties and co-chair of the Communicating Uncertainty With Professionalism Working Party. He has served on numerous IFoA working parties, presented at conferences and events worldwide and produced a wide range of publications.

Honorary Fellows are individuals who are eminent in their fields and have an ongoing relationship with the IFoA. Nominations remain open throughout the year and can be made here. Email [email protected] for further information.