Devon has been ranked the best place in the UK for the wellbeing of pensioners. 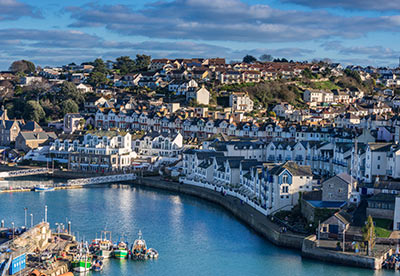 The ranking, produced by Prudential, is based on four indicators: healthcare workers per 1,000 people, crime rates and both male and female pensioner life expectancy at 65.

Dorset comes second and has the highest life expectancy for both genders. The average 65-year-old woman can expect to live for another 23 years and a 65-year-old man another 20 years. Prudential said the crime rate was the ninth lowest (48.4 crimes per 1,000 people) but was offset by a "relatively lowly ranking of 32nd in the country" in healthcare (59.1 per 1,000).

Powys and Norfolk share third place. According to Prudential, six counties in the South East of England make the top 20, which overall is made up of 17 English counties and three Welsh.

Vince Smith-Hughes, retirement income expert at Prudential, said: "The changes to the rules governing access to pension savings for the over-55s may tempt those looking to relocate somewhere that better suits their retirement needs to dip into their retirement savings to help pay for the move.

"However, before making any decisions on what to do with retirement savings or on how to secure a retirement income, over-55s should make the most of the government's free Pension Wise guidance service. In many cases a consultation with a professional financial adviser will also help with all the options now available to retirees."

This article appeared in our July 2015 issue of The Actuary.
Click here to view this issue
Filed in
07
Topics
Health care