More than 10 million pension pots are being left unmonitored as savers pay little or no attention to their savings. 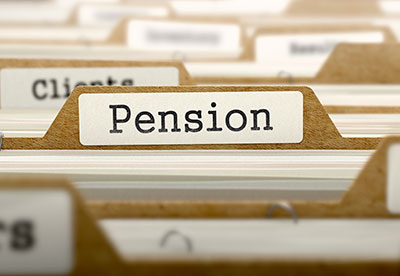 Based on a survey carried out by Aviva, which polled more than 1,500 working people aged 45 and over, 63% admitted to paying little or no attention to their pensions. Aviva said there were 16.3 million pension schemes in the UK, and 63.3% would equate to 10,269,000 pots.

Two fifths (41%) of respondents never spend any time planning and reviewing their pensions, while almost a third (29%) spend just one day a year or less doing this.

According to the survey, of the people with more than one pension, 27% manage them "all very closely" while 34% ignore their secondary pots completely, including a "worrying" 24% who ignore their main pension pot too. Aviva said for those with just one pension pot, 33% did not pay attention to it.

The study also reported half (49%) of respondents did nothing about the routine information they receive about their pensions, and only 37% use the information to check their savings. A minority (7%) discuss their finance with an adviser or other financial expert.

Of the top three reasons people gave for ignoring their pension statements, 11% said they did not know how to manage their pensions. Another 11% feel their pensions were "so small they aren't worth bothering with" while 8% prefer to look at them when they are ready to retire. Aviva said this could be "too late to make any improvements" on their financial situation.

Clive Bolton, managing director, Retirement Solutions, Aviva UK Life, said: "At the very least people need to understand what their total savings are across all of their pension pots, so they can plan in an informed way for their retirement.

"Having multiple pension pots can make things more complicated, but it doesn't necessarily have to if people keep careful track of their savings."

Meanwhile, a study carried out by Partnership has revealed differing pension priorities between age groups.

A poll of 2,000 people aged over 21 found that of those aged between 21 and 30, the largest proportion (41%) wanted to know how to structure a budget for retirement, while a majority of people aged between 56-65 (53 per cent) were interested in information on benefits and state support for their retirement.

The study, which looked at what information and education people find most useful at retirement, found 18% of 21 to 30-year-olds were also interested in how their home and other property assets might play a role in retirement, compared to 12% of the age group 55-65.

Jim Boyd, director of corporate affairs at Partnership said: "While older people want to ensure they receive the state support they are entitled to, the younger generation is most interested in how to structure a budget for retirement.

"This difference of opinion may be due to those in their twenties being sceptical about the level of government support they will receive when they retire or perhaps being more optimistic about the level of retirement savings they can achieve."