Actuaries should take action on carbon risk by measuring and monitoring it and forming scenarios, according to an actuary. 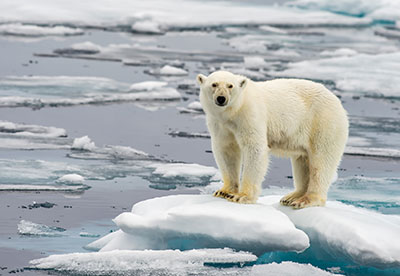 Firstly speaking during a webinar Financing the Future: Investment and Carbon Risk, organised by The Actuary, he urged actuaries to build an understanding of how to measure and monitor carbon risk.

"We need to understand carbon footprinting; an identification of how much carbon risk exists within a portfolio," he said.

Secondly, Jones said the best way to understand carbon risk was by modeling scenarios. He suggested a "sensible time horizon" of 10 to 20 years.

Thirdly, Jones called for actions to mitigate carbon risk such as divestment, tilting portfolios and engagement with firms.

"Some of the actions have been taken, particularly around equity assets," he said. "First, there is divestment, where exposures to higher risk of fossil fuel companies are being removed.

"Second, we've seen tilting or hedging portfolios where investors are seeking to manage carbon risk by introducing either positively or negatively balances into their portfolios.

"And finally we've seen increasing levels of engagement, something to interact with and potentially influence the management of the companies in which they might invest."

Jones said climate change should not be viewed in isolation and there could be other limits to growth.

He said any resource constraints caused by climate change could affect government policies such as carbon tax and it would also affect liabilities related to mortality and morbidity. He said there was a direct correlation between the use of fossil fuels and inflation, as "oil has a bearing in most areas in our economy".

"Carbon risk is one we clearly can't ignore, given risk management is our bread and butter really, we do have a role to play," Jones said.

This article appeared in our July 2015 issue of The Actuary.
Click here to view this issue
Filed in
07
Topics
Environment