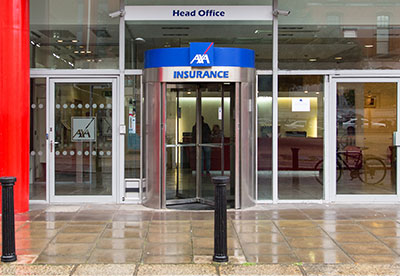 Axa said the purchase would help develop and complement the company's creditor and lifestyle protection business in mature markets such as France, Germany and Italy and provide entry into new markets such as the Nordic region and Southern Europe.

Genworth LPI is the seventh largest creditor insurance provider in Europe, based on market share, with 4% of the market. Axa Creditor is ranked sixth with 5%.

The takeover means their combined creditor insurance business would rank in third place in Europe with 9% of market share.

Genworth said it received an "irrevocable offer" to sell the business. Since October 2012, it has identified its lifestyle and protection insurance as "non-core" and has been looking to sell it.

Denis Duverne, deputy chief executive officer of AXA, said: "This operation would be another milestone in AXA's ambition to become a leading global provider of credit and lifestyle protection, a business in which we operate today through the AXA Creditor brand."

Tom McInerney, president and CEO at Genworth, said: "This transaction is another important step toward simplifying our business portfolio and increasing the financial flexibility and strength of Genworth. This sale also provides the opportunity for our employees in the business and the purchaser to have a strong business to grow going forward."

Headquartered in London, Genworth LPI is part of Virginia-based Genworth Financial, a Fortune 500 company with more than $9bn (£5.7bn) in revenues.

Last year Genworth LPI reported total revenues of $951m (£609M). It has around 800 employees and operates in 24 countries.

Axa Creditor is part of Axa Group. It has around 150 employees and it is based in Paris and Singapore.

The sale is expected to close by the end of 2015 and is subject regulatory approvals.