Taskforce urges public to be vigilant over pension scams

A cross-government taskforce has warned savers to be vigilant about the threat scammers pose to their pensions. 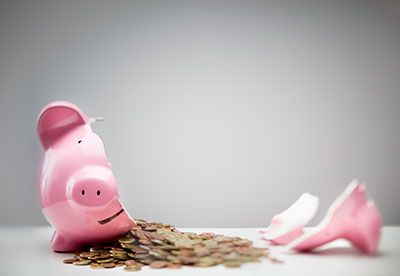 The taskforce, named Project Bloom, is urging the public to "arm themselves" to spot cheats as part of scam awareness month.

Scammers often contact victims "out of the blue" to offer them early access to their cash with promises or "get-rich-quick" schemes, according to the Department for Work and Pensions (DWP).

The DWP said two people "narrowly avoided handing over their retirement savings" after speaking to the Pension Advisory Service (TPAS). A man "came within a whisker" of handing over his entire pension pot of £90,000, but did not do so after checking with government services.

In a separate case, a woman was harassed by scammers for more than six months. She signed a form to authorise information about her pension being released to scammers but stopped releasing further information after contacting TPAS.

Since Project Bloom was set up by regulators, financial services bodies and the UK government in 2013, 15 scam websites have been suspended and 70 domain names have been taken down.

The Pensions Regulator, which is investigating nine suspected cases of pension fraud, is also refreshing its ongoing Scorpion campaign today to help safeguard savers and trustees.

The firm said scams including offering pension releases to people under the age of 55 could appear in Google's search results, including in paid advertisements.

It also noticed an increase in the number of pension scams people experienced around the time pension freedoms took effect in April, with a higher incidence the closer a person was to 55.

According to a study of 1,000 UK residents aged 55 and over, in the month leading up to the introduction of the pension freedoms, 39% of respondents received more pension-related calls. Of those, 45% were aged between 55 and 59, while less than a third were over 65.

He advised people to "look closely" at the sites as some firms even say they are not regulated by the Financial Conduct Authority (FCA).

"If they do not display an FCA number then they are not regulated. Unregulated firms cannot be reported on the FCA website, so people often do not know what to do," he said.